The findings of research by cognitive neuroscientist Daphne Bavelierat at the University of Rochester, New York, have appeared in a number of media outlets recently, including the Wall Street Journal.

According to the article, the research has found that those who played ‘action-based’ video games demonstrated a 25% increase in decision-making speed, with no loss in accuracy. Bavelierat is quoted as saying “These are not the games you would think are mind-enhancing”, suggesting that even the rather violent games so beloved of “the kids” (such as Call of Duty, Assassin’s Creed, or Animal Crossing) might have some beneficial side-effects.

Scientists also found that women—who make up about 42% of computer and video game players—were better able to mentally manipulate 3D objects, a skill at which men are generally more adept. 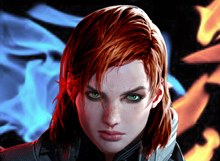 This is an interesting generalisation, of course. As a man (of sorts), I readily concede that my wife – a woman, no less – is generally better at “3D manipulation”, which I’m assuming refers to skills such as driving a car, hanging a picture, and the like. She also plays significantly fewer video games than I.

Anyway, I’m unsure if these recent stories originate from any newly-published work (Bavelierat has worked and published in this area extensively in the past, and is well worth reading, in my opinion) but I’ve asked the WSJ if they can direct me towards the source for this particular article, in case there’s a new paper I’ve missed.

In the mean time, I thought it might be fun to post this sort of thing, in case my potential PhD supervisor was to read it. I imagine he’d have an opinion…